Malcolm Malcolm (John David Washington) & Marie (Zendaya) is a 2021 American black-and-white romantic drama film written, produced and directed by Sam Levinson. Others producers of the movie are Ashley Levinson, Kevin Turen. Malcolm & Marie,” was filmed at the Caterpillar House in Carmel, California. The Initial release of Malcolm & Marie movie was 5 February, 2021 (USA). The duration of movie is about 1h 46m.

Malcolm and Marie is without a doubt a modern day who’s afraid of Virginia Woolf and not just like a nod to that movie, it is built on the blueprint of that film from covering a single explosive night for a bickering, deeply angry couple whose personal and professional lives are intertwined to doing it all with black and white cinematography. And this isn’t a negative. I think this is, in fact, a brilliant angle, because what it is, is a clever pitch from an awards perspective.

That’s the campaign. It’s so obvious that I think almost any awards voter would pick up on this because they show their hand so, so clearly. And remember how Green Book was able to win best picture selling itself as the reverse Driving Miss Daisy. I like Green Book, but I will say that Malcolm and Marie, I know some some people hate Green Book, but I think that Malcolm and Marie is a far more sophisticated film. I’m not saying that these two films are the same, and very in their in their clever awards pitch.

And what a film to stand on the shoulders of the 1966 film, an adaptation of the iconic groundbreaking stage play. You couldn’t say that kind of language at that time on Broadway or in the movies. And it’s one of only two films to ever be nominated. And every eligible category at the Oscars went on to win several of those, mostly in the craft categories, but one for Miss Elizabeth Taylor.

Does this mean that Zendaya is headed for Oscar gold herself? Well, I think she will almost certainly be nominated not just for her performance, but because the Academy loves ingenues. Zendaya so smart, this movie, so smart from an awards perspective. And also she produced the film herself, how she came up with the idea to make it in the first place. And that shows real business savvy, which will also be great on the awards circuit. I mean, remember how they first announced this movie was happening, that Zendaya you know, that was part of the initial pitch. You know, they’ve been they’ve been campaigning this movie since day one.

It’s really smart, but I don’t think that Zendaya will win. And here’s why she might win. Never say never, but here’s why I think it’s unlikely. But I do think she’ll be nominated. So Elizabeth Taylor won what was her second Oscar for one of the oldest trick in the book declaiming herself. And in fact, Zendaya just won an Emmy for doing the same thing. And on that note, Malcolm and Marie and Euphoria are from the same writer director Barry Levinson’s kid

And really, Maury and Rew could be the same character, just different stages in their life. Both are dealing with drug addiction and Lockton, a tumultuous, passionate romance. And then while the script does explain Marie’s age, young age quite successfully, some of you said, oh, is there a problem between the age difference between John David Washington and Zendaya? I didn’t think so. I think the script made it all seem very plausible. But Maries dialog, while very well written, seems like it was written for an older woman

Marie has a maturity that the script does not does not explain and so well that Zendaya does a fantastic job with that dialog.

It’s sometimes while you’re watching, it feels a bit more like an acting class where a very promising student has picked a scene written actually for an older actress to perform. However, Hollywood does love movies about itself. And while Who’s Afraid of Virginia Woolf is about a actually unsuccessful history professor and his wife, the daughter of the university president, where the husband works, that’s a lot of drama right there. Malcolm and Mary is about a writer director John David Washington and his girlfriend Zendaya, who at one point had wanted to be an actress.

That’s all I want to say. There are a lot of revelations throughout the course of the film, which I thought was very interesting 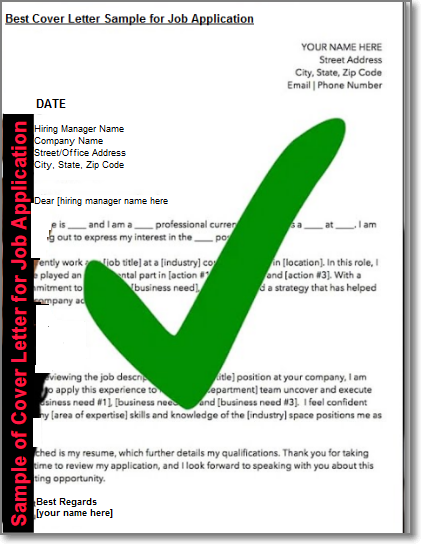 But while I think that Hollywood loves, again, to see movies about itself, and that will make them perhaps like Malcolm and Mary more, I do think that will hurt with its appeal to general audiences, because for the most part, there’s always exceptions to the rule. But for the most part, mainstream audiences aren’t interested in about stories about Hollywood. And this film is very much about Hollywood. Now, also like Who’s Afraid of Virginia Woolf?

Malcolm and Mary is not a fun movie to watch. It’s about an hour and a half of strait arguing. They just argue constantly. Malcolm and Marie argue with each other and Malcolm does a lot of arguing with himself. You really do wonder why they don’t just go to bed and discuss this in the morning. I wish there had been a line where they’re like we promised not to go to sleep angry or one of them did. And I think that would have helped justify why this many times.

I don’t which i do feel affected my enjoyment of this film. I also believe that there are some things you can say where there’s no going back. Like I just don’t feel you can move past some. Some hurtful things, I mean, clearly, this movie doesn’t agree with that, but there were many times where I was like, I don’t see how you guys can go forward, but they did. And they continued to argue, oh, and I’m getting really tired of seeing people go to the bathroom in movies, particularly this year

That’s a big theme this year with awards, movies. Close the door, please. I mean, but again, that’s a personal choice. I know that some couples feel like they really made it in terms of being connected if they don’t mind seeing the other one go to the bathroom.

However, all that said, the film does have some really interesting things to say that have stuck with me since watching it about black talent and Hollywood’s great monologues from John David Washington and the dynamics of a relationship

When one person makes the choice to support the other one so fully and deeply that to some degree they lose their own identity in the process. That’s very powerful.

And I thought Zendaya had some wonderful monologues in that department. Both Zendaya and John David Washington are fantastic. They look amazing and their performances are very authentic. You’ll get that joke when you watch the movie. There is one lighter moment in the film just for a brief shining moment where they seem to be getting along. And John David Washington is looking for his phone. That’s all I’ll say. And that was my favorite scene. It was just beautiful. It was really well done on every level.

It was I just I loved it. And I guess it did give you that brief glimpse as to what they maybe they were fighting for. Interesting. Also, they do eat macaroni and cheese in the movie. I know a lot of people got a kick out of them making that. You know, Zendaya clearly making macaroni and cheese in the trailer. So I highly recommend that you make some to have yourself when you watch the movie. I certainly did, and it was great.

The black and white cinematography is stunning, as is the location, you know, a real life architectural gem called Caterpiller House located in California, that is where the film was shot. It was designed to be, you know, really easy to make during with coronavirus protocols. That’s why it has the one location in such a slimmed down cast. Just the two of them are. But, you know, you didn’t feel like it was a movie.

You know, it felt like it felt like a real story. You know, you didn’t feel like you couldn’t see the strings as to why they made it the way that they did. So, at the end of the day, Malcolm and Malcolm and is a nifty arthouse film and a very nice nod. Who’s Afraid of Virginia Woolf? But I don’t feel it completely is able to stand on its own. Speaking of a student film, now, not only does Zendaya performance sometimes seem like a student performance, not anything to do with her performance, but just the material

But I do feel that sometimes it was like this was like a graduate film, like a really promising graduate film. You’re like, oh, you know, I love what you did with Who’s Afraid of Virginia Woolf? A plus. But I don’t really know if it’s the level of being like a professional Oscar film. I think you’ll see more what I’m saying when you watch it. There are a lot of surprises in the movie. I don’t want to give any of them away.

So that’s my review of Malcolm and Mary. Share your thoughts down below.

Scholars Hub is a site created for Scholars, to guide you write professional CV, professional Resume, Biodata, Common Interview Questions and Answers. Tlcpost.com is NOT awarding scholarships, is NOT an employment site, NOT recruiter or agency or third party, and tlcpost.com is NOT directly or indirectly involve in any stage of recruitment or employment. We don’t charge anything for any information shared in this site.

The aim of setting up this interesting site is to help Scholars/Students, mostly from developing countries, by sharing and giving you some guidelines to write professional CV, Professional Resume for Job application, including some Common Interview Questions and Answers.

Get Notified in Your Email